iFox with Juice episode 22 is out now. Here is all the places where you can hear it. 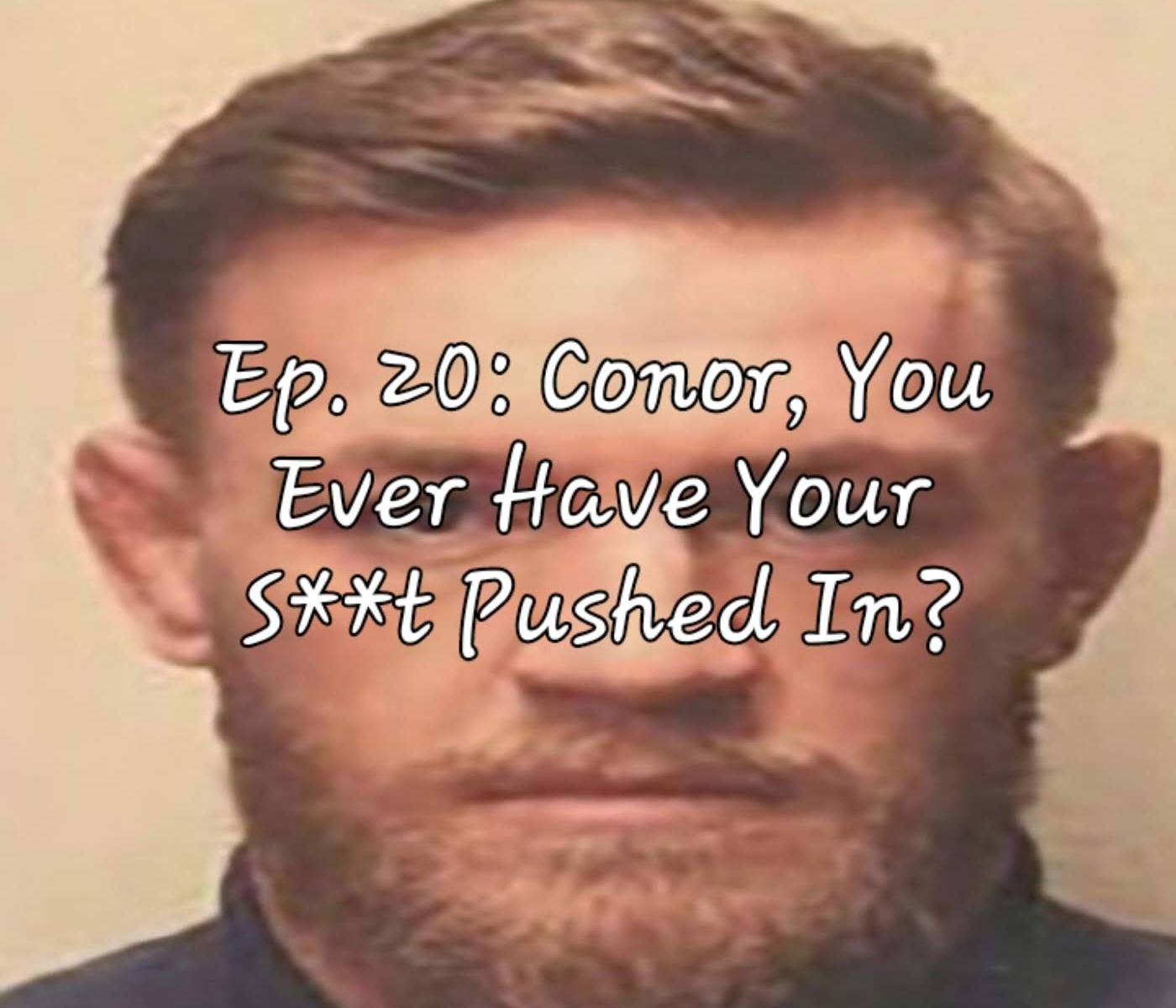 iFox with Juice episode 20 is out now. Here is all the places where you can hear it.

Juice and Rina recap the best fights, fighters and highlights of 2018. 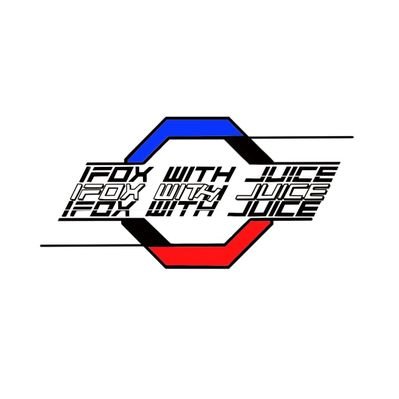 Episode 6 is up! We talk UFC 231, the final UFC on FOX show, reminisce over the 7 years of FOX shows, Canelo’s DAZN fight and Brock Lesnar/USADA fuckery. Check it out!

I started a podcast and haven’t been great on the sharing side of it, here is the link to last night’s episode.

Click here for a link to the show page and all the other podcasts my co-host Rina and I have already done,

A recap of the fights I covered last weekend here in Studio City. Fantastic night of fights, I urge you to get the Fite TV app if you have not downloaded it already and watch this great card.

A preview of the top four fights on the UFC Fight Pass London card. 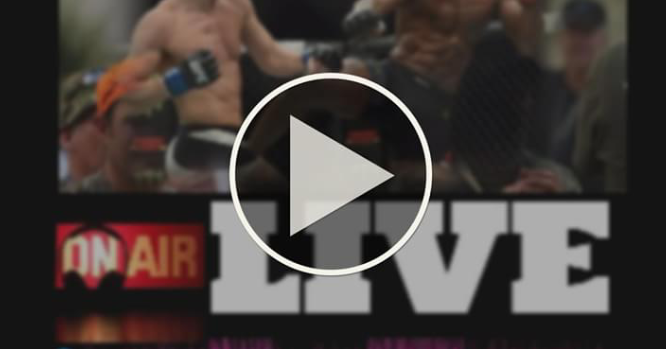 I joined Jon Richard McElroy and Don Wilson on the Martial Arts Chat podcast to discuss UFC 209 and GSP vs. Bisping and some potential matchups in the welterweight and heavyweight divisions.

The buzz around the mixed martial arts world last week was almost unanimously bolstered on Anthony Pettis. It was Showtime’s moment to shine, this would be his breakout, signature performance but Ares, or Mars, or whatever gods of war one might choose to believe in, had different plans. Pettis met a formidable opponent, to say the least. Rafael Dos Anjos, the 30 year old Brazilian who was once perhaps known best for being the guy on the wrong side of the highlight reel, receiving a monstrous uppercut by Jeremy Stephens, broke through and shined. He dominated the champion for 25 minutes and took the title from the talented Wisconsin native. But the one who received the most attention last night was a brash young woman from Poland.

Joanna Jedrzejyczyk, the former Muay Thai champion, put on a frightening beating to the Southern California native and first ever UFC Women’s Strawweight Champion Carla Esparza. From the very beginning, Jedrzejyczyk landed heavy accurate punches on the champ. Esparza was game, and went to her wrestling base to try to take control of the fight, the game plan didn’t last too long. Joanna quickly began to implement her world class striking to put it on Esparza, and put it on she did. After a number of clubbing right hands, a myriad of punches pinned Esparza against the fence and the referee came in to stop the beating and crown Jedrzejyczyk the new 115lbs. Champion.

The minute Dana White came into the Octagon to put the belt around Jedrzejyczyk’s waist, there was a sense that a star was being born before our eyes. Now I know the criticisms that our being loaded in the barrels of the naysayers. “Europe isn’t a big market.” “Women’s MMA doesn’t move the needle like the men do.” “Jedrzejyczyk can never be as big as Rousey.” Fair enough, let’s dissect these counterpoints. Europe is not Brazil or Canada, this is true. However, 2015’s usual big January card, UFC on FOX 14 was headlined by Alexander Gustafsson at the Tele2 Arena, a 30,000 seat soccer stadium in Stockholm, Sweden, which took place somewhere around 4 AM local time. No need to look much further if you question the Europeans’ loyalty. Women’s MMA is flaring rite now, has it caught up to some of the men’s divisions? No, but I challenge you to show me an MMA fan who wants to see a middleweight bout between two unknown newcomers over a top notch Women’s MMA fight. Additionally, Invicta FC 11 & UFC 184 were held back to back in a huge market like Los Angeles, an all female MMA promotion and a UFC Pay Per View headlined & co-headlined by females. And speaking of Women’s MMA, Ronda Rousey, yes she’s a superstar, yes she’s the biggest thing in MMA rite now, yes she looks unbeatable, and yes, she is undoubtedly the greatest female athlete to ever strap on a pair of 4oz. gloves. Rousey has no equal on virtually any front, but one thing the 184 event showed was Women’s MMA is here to stay, and it sells.

The Women’s Strawweight division is supposed to be what the Bantamweight division couldn’t be. It is the mirror image of what the 155lbs. weight is to the guys; exciting, deep in talent, excellent in skill sets, and a feeling that any top contender can win the belt on any given night. The performance that Jedrzejyczyk showcased at UFC 185 was a terrifying one. A performance which leaves an insatiable desire to endlessly question “Who can beat this girl?” and that’s a good mystery to have linger in such a fun and dynamic weight class. The odds that any female can keep the strap at a weight class this steep are relatively slim, but if Jedrzejyczyk can defend the title consistently and impressively she will climb to great heights of accolades and stardom. The common wisdom, that a long reigning champion draws the highest numbers is, for the most part, true. Yet, Jedrzejyczyk does not need to meet this standard to be a draw or a star.

Joanna has many qualities that lend her to being a potential attention getter, she is exciting, well-rounded, has a high potential for violent finishes. But, if the blood and concussive potential of mixed martial arts isn’t enough to quench your thirst, Joanna Jedrzejyczyk is a character, and I mean that in the most positive way possible. Jedrzejyczyk is full of odd charisma, she can be as endearing as she is frightening, she’s as humble and respectful as she is crazy and brash. She has a strange fashion sense that is uniquely hers. Moreover, Jedrzejyczyk’s martial arts acumen is in no dire need of further knowledge, her striking is virtually unparalleled, her takedown defense is the best in all of Women’s MMA, she’s undefeated, she trains hard, she hits hard and has an almost incomprehensible desire for victory and a dark endless desire to put fists to girls’ faces. The newly crowned Women’s Strawweight Champion is part Conor McGregor, part Chuck Liddell, but she’s more importantly a great fighter with strange quirks that are undeniably charming, equally confusing and a set of skills that will leave you feeling extremely satisfied after you see her bout and leave you saying, “I’m so glad I saw that crazy Polish girl’s fight. I just wish I knew how to spell her name, so I can give her her props on Twitter”

My Thoughts and Opinions